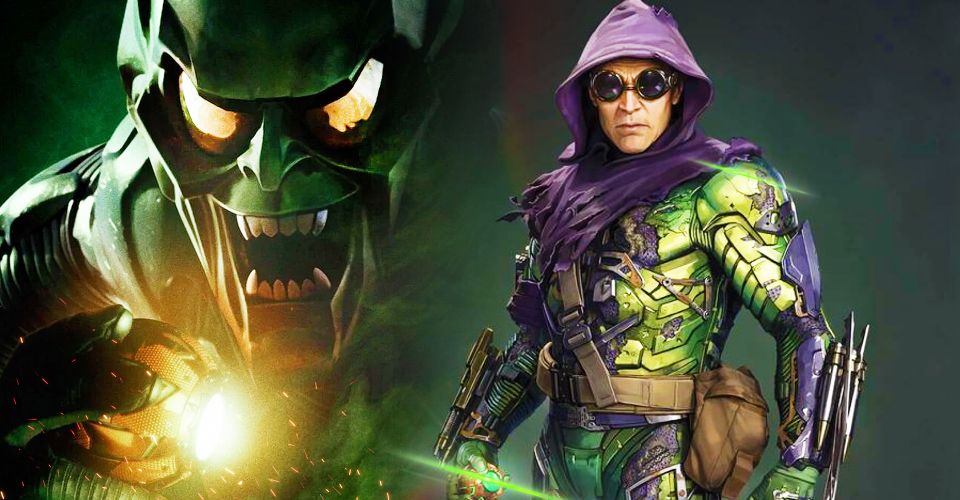 Willem Dafoe, who played the Green Goblin in the original Spider-Man film, claims he was aware of the Green Goblin mask’s critiques, which is likely why it was modified for Spider-Man: No Way Home. In 2002, Dafoe made his debut as the Green Goblin/Norman Osborn in Sam Raimi’s Spider-Man. He donned a green costume and a mask in that film, rather than the altered “goblin” visage that was the norm for his comic-book beginnings. Because of its resemblance to the outfits from the 1990s-era TV program, the mask was highly attacked by comic fans, who dubbed it a “Power Ranger” costume.

In Spider-Man: No Way Home, Dafoe reprises his role as the Green Goblin, entering the MCU via a breach in the universe, where he is first dressed in the Green Goblin outfit and mask. He does, however, forego the mask early on, ultimately modifying his outfit to resemble the comic-book suit, replete with ragged purple garments over the green suit and a hood (but still no “goblin” face). Although the transformation may be compared to just altering his look for the MCU, Dafoe feels there was more to it.

In an interview with the New York Times, Dafoe said that he was aware of the early backlash to Green Goblin’s costume and mask in the first film. According to him, the criticism was loud enough that his appearance was changed for Spider-Man: No Way Home. Dafoe, on the other hand, claims that it isn’t something he thinks about much since he doesn’t concentrate on facial emotions in his acting. Whether wearing a mask or not, Dafoe’s performance is genuine. Here’s the rest of his statement on the subject:

I must be honest, I am aware that there was some criticism of that [Green Goblin] mask in the original one. We heard it enough that it was probably a consideration, to change it up a little bit. I don’t think about that because I don’t think about emoting with my face. My face follows my heart. It’s just an expression of what you’re feeling.

Over the years, Dafoe has established himself as one of Hollywood’s most prolific performers, often portraying villains but also dabbling in serious and humorous parts. For his roles in Platoon, Shadow of the Vampire, The Florida Project, and At Eternity’s Gate, the actor has been nominated for four Academy Awards. The renowned actor has also had a major presence in the comic-book genre, as Vulko in Aquaman and Zack Snyder’s Justice League, as well as Green Goblin in two Marvel flicks.

Throughout his career, Dafoe has shown to be a highly regarded actor, and his latest portrayal as Norman Osborn/Green Goblin in Spider-Man: No Way Home demonstrates that he can effortlessly slide into and out of any character, past or present. In No Way Home, Dafoe’s transformation into Green Goblin is flawless, and although fans don’t get the long-awaited “complete Goblin” look, it’s the next best thing, made even better by the ability to watch Dafoe’s face as he transitions from innocent Osborn to homicidal Goblin. It’s one of the many outstanding performances in the picture, and one that, mask or no mask, was required to propel it to the heights it achieves.