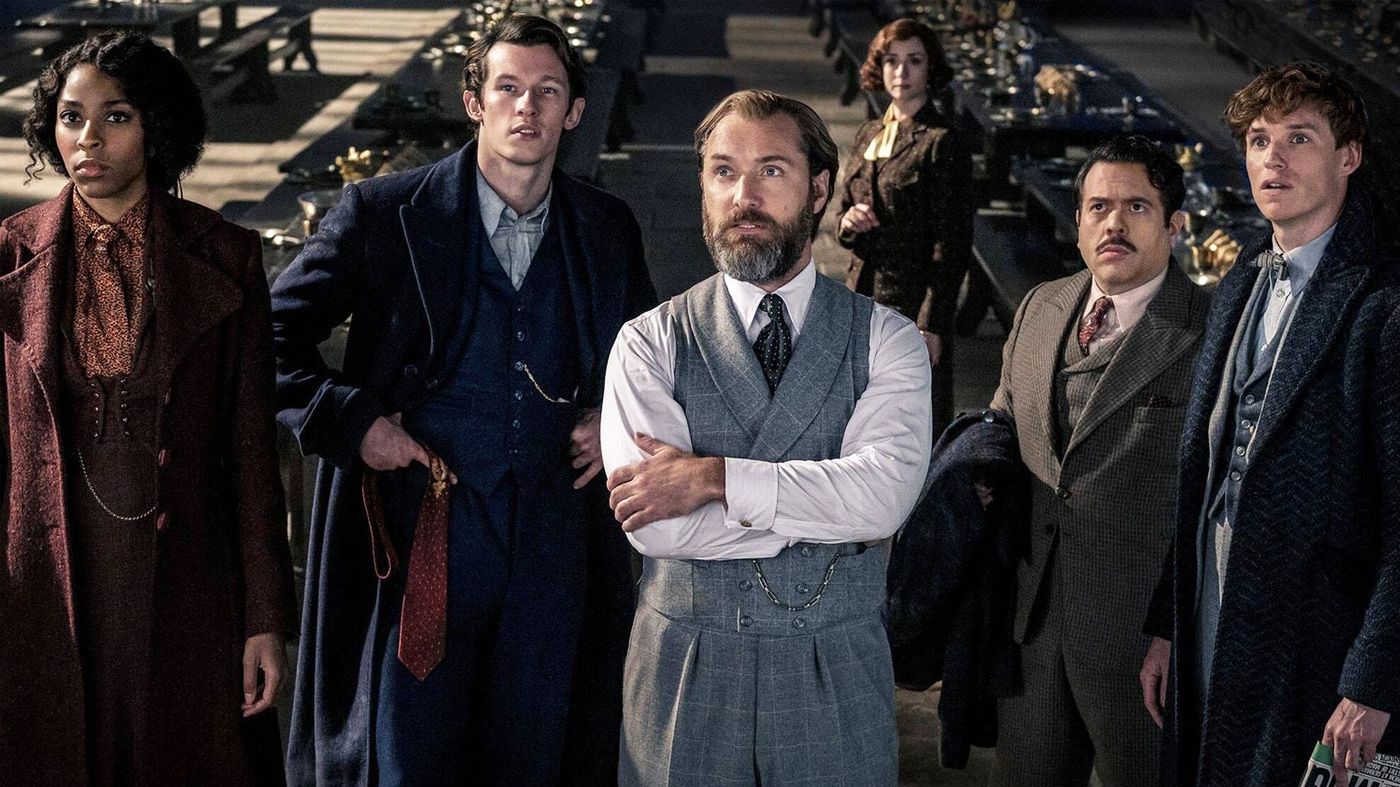 Fantastic Beasts: The Secrets Of Dumbledore carries a great burden. Much has changed in the Wizarding World’s orbit in the four years since The Crimes Of Grindelwald debuted to mixed reviews and dismal box receipts. J.K. Rowling’s controversial comments on gender identity have cast a long shadow over the beloved world she created in Harry Potter; Johnny Depp resigned from the threequel one week into production at the studio’s request, and was replaced by Mads Mikkelsen as the series’ main villain, Grindelwald; and Potter adapter Steve Kloves was brought on board to share co-writing credits with Rowling. The year leading up to The Secrets Of Dumbledore has seen a determined attempt to recover the enchantment, through anniversaries and reunion specials, a subtle admission of how much of it has been lost in recent years. So, the million-dollar question is: will The Secrets Of Dumbledore be able to resurrect some of it?

The answer is almost certainly affirmative, if not resoundingly so. This is at least a step forward than The Crimes Of Grindelwald, and it serves as a necessary correction to that film’s unfocused plot, jumbled exposition, and rash character choices. While parts of Secrets are still a little muddled in their plotting, there’s more fun to be had along the road, with some amazing wizard duel scenes and a large beast-based set-piece that deserves the franchise’s overall moniker.

Jude Law’s Dumbledore, on the other hand, is the film’s MVP: he adds much-needed glitter to the proceedings, with his Gambon-esque twinkly warmth countered with a feeling of unknowability.

Some of the obscure(ial) plotting may be excused – it’s more of a feature than a fault, considering that The Secrets Of Dumbledore is positioned as an espionage thriller set against the backdrop of a looming magical war. With Grindelwald’s wizard supremacist rhetoric gaining traction (his new Mikkelsen-shaped appearance is no more remarked upon than Michael Gambon’s Dumbledore in The Prisoner Of Azkaban), Dumbledore (Jude Law) devises a counter-attack — and nobody is given the full picture, lest his pawns be captured. So magizoologist Newt (Eddie Redmayne), his Auror brother Theseus (Callum Turner), assistant Bunty (Victoria Yeates), muggle baker Jacob (Dan Fogler), Ilvermorny teacher Lally (Jessica Williams, a likeable newcomer), and the mysterious Yusuf (William Nadylam) are divided into groups on intersecting missions, masterminded by the wizarding legend. It’s on a need-to-know basis how everything comes together.

It would be good if the audience knew, too, but despite the crowded storyline, Dumbledore’s wizarding chess game is generally fascinating. Newt is an endearingly stumbling hero, contemplative yet good-natured, and his interaction with his calmer, older brother is well-played (“You’re not swiveling correctly!”). When the two are forced to dance in front of a horde of vicious, lobster-like manticores, Newt chastises them). As the outsider looking in on the Wizarding World, Fogler’s Jacob is a franchise highlight, as the outsider granted his own wand and going within Hogwarts’ hallowed halls, dream fulfillment at its peak.

Jude Law’s Dumbledore, on the other hand, is the film’s MVP. He’s not nearly the key character (the film lacks one, instead focusing on Dumbledore, Newt, and Grindelwald; Ezra Miller’s Credence is less significant than anticipated), but he adds much-needed brightness to the proceedings, with his Gambon-esque twinkly warmth countered with a feeling of unknowability. His first encounter with Grindelwald has more chemistry and intensity than the whole previous picture – and yes, their prior affair is ultimately recognized.

Despite its attractiveness — fan favorites Niffler, Teddy, and Pickett the Bowtruckle have heroic moments; the deer-like Qilin is simply charming — The Secrets Of Dumbledore falls short of Potter’s heights. It’s tonally unbalanced, with fantasy whimsy colliding with political intrigue akin to the Star Wars prequels and moments of full-on Bambi beast-based cruelty. Despite some gorgeous scenes, Yates’ directing (his sixth series entry) seems lifeless – immersing us in the Wizarding World often renders the miraculous banal. Secrets, on the other hand, gives glimmers of a phoenix-like resurrection with information about Credence’s heritage and a hopeful climax that sets the scene for a fourth (and maybe last) chapter. Mischief was mostly contained.

The Secrets Of Dumbledore doesn’t quite weave a Potter-like spell, but it does give a little light amid the Wizarding World’s darkest hour with strong action and real emotion.