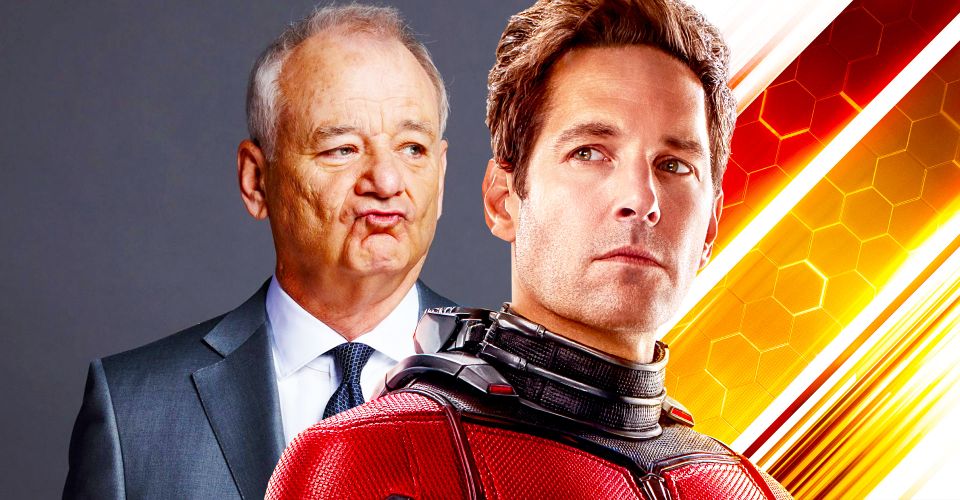 The plot of Ant-Man and the Wasp: Quantumania (as it’s officially titled) is buried in the same impenetrable cloud of mystery that surrounds everything Marvel Cinematic Universe-related. However, Murray recently let slip that he’s been cast in the film, revealing one fascinating bit of information about it. Murray’s casting has yet to be confirmed by Marvel, and when Rudd was questioned about it, he was very evasive.

Murray is unlikely to fabricate a casting rumor about himself, so there’s little reason to doubt that he’ll appear in Ant-Man and the Wasp: Quantumania. In any case, Murray continues to insist that he’s in the picture, and on a recent interview on The Eli Manning Show, he even revealed another potential tidbit about his role, claiming that his superpower in the film is that he’s a “bad guy.” Of course, it’s impossible to say if this is a real epiphany or simply Murray clowning about.

If Murray is cast as a villain in Ant-Man 3, Kevin Feige and the Ant-Man team should be congratulated, since convincing the renowned quirky actor to take on such a role in an MCU film would be a big accomplishment. Murray is most recognized for his roles as nice guys in films like Ghostbusters and its subsequent sequel Ghostbusters: Afterlife, yet even when he plays a protagonist, his wise-guy demeanor tends to make things ironically jerky and even anti-heroic. Murray’s sleazy Ernie McCracken in Kingpin is undoubtedly the most remembered of all his straight-up villain portrayals, while Frank Milo in Mad Dog and Glory and Carson Welch in Aloha is also noteworthy.

Murray’s role as a particular villain in Ant-Man and the Wasp: Quantumania is certainly a topic of conjecture. Naturally, Kang the Conqueror, a well-known Marvel villain, will appear in the film, with Jonathan Majors repeating his Loki role. Murray’s role would most likely be a supporting villain, which maybe linked to Michael Douglas’ Hank Pym in some manner. Murray’s specific comedic instincts blend nicely with the typically irreverent comedy found in the Ant-Man films, regardless of who he’s portraying. And seeing Murray and Rudd reunited after their appearances in Ghostbusters: Afterlife would be a blast. Hopefully, Ant-Man 3 will get some official confirmations and perhaps a teaser soon.